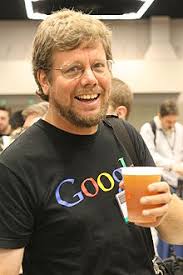 
Python is an interpreted, high-level, general purpose programming language used to develop computer and mobile programs.
It was developed by Guido Van Rossum and was first seen in 1991.
Its simplicity among all, allows the user to focus much on development, not code itself.
As of the later two years, python has been the No. 1 programming language, most used by the general public.
Below are some of the reasons that brings a booming reputation for python.

With python, a beginner can learn programming in few steps. In other words, python is a beginner friendly programming language that ever existed on this earth. Python codes are clean and readable, that they can be understood by someone who doesnt even know how to code.
Python was initially developed to be readable and easy to understand, and uses english like syntax to have things done. You can code python directly on the interactive shell, and get your results right away just as does a calculator.
This makes learning easier, that you simply need a console and python interpreter installed, hence you're good to go. Being high level language, python interacts with the machine itself, than much detailed information that you'd have messed with the binaries. One line of code in python means a bunch of stuff in assembly.

Python is said to have been influence by ALGOL, APL, ABC, C++, JAVA, Haskell and Perl programming languages, just mentioning a few. Among all, python is much famous in the fields of data science, artificial intelligence, machine learning, web and networking.
The computer hackers also find python much useful, in accord to its bunch of everyday growing libraries.
Enjoy The Python